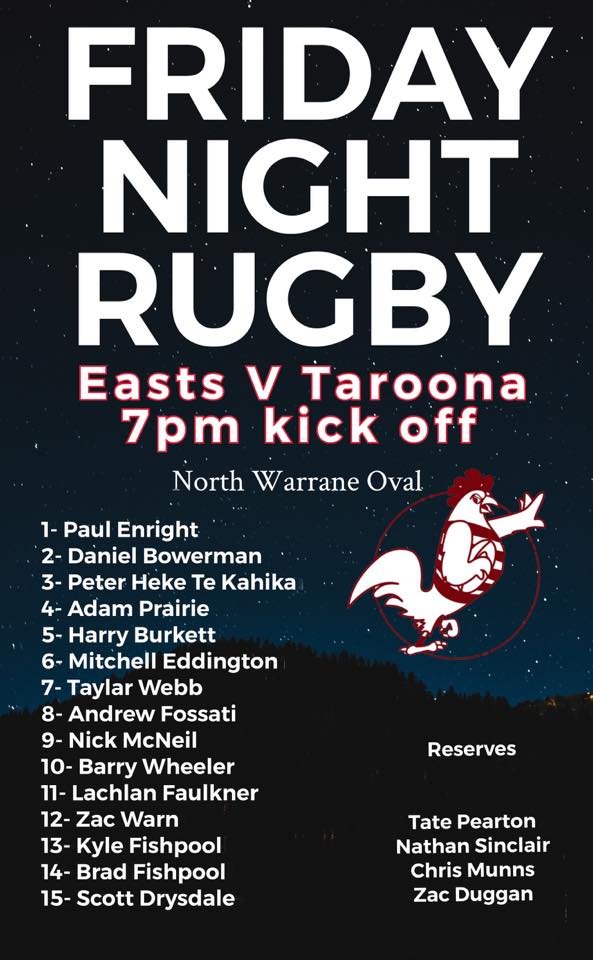 You can watch the game on YouTube by clicking on the image below. 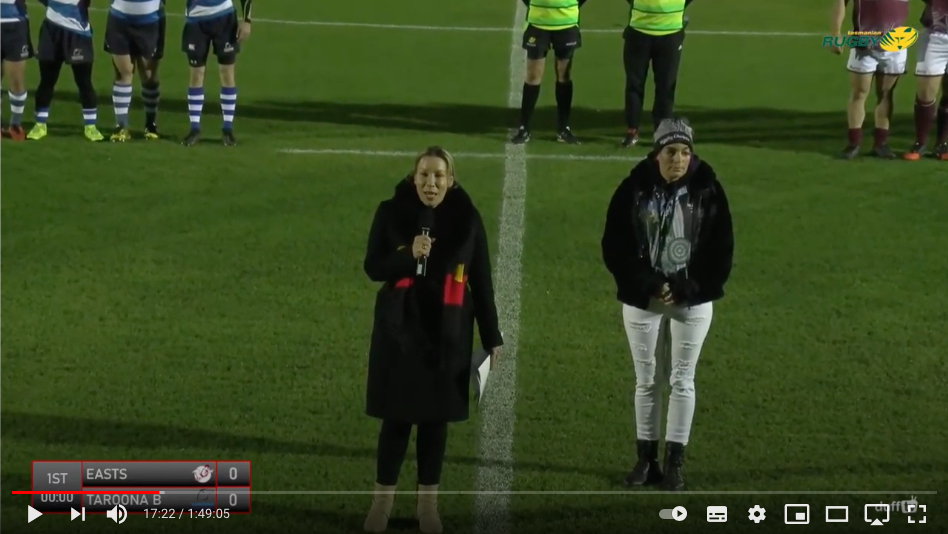 Easts were down 2 key players this week with Robyn and Sammi still nursing ankle injuries from last week. Still, with unprecedented numbers this season, they still had a full bench!

Quins opened the scoring in the first game when someone roughly the speed of Usain Bolt ran past everyone early on. Watching this on Duff TV gave the extra added bonus of commentary – in this case, “not the start Easts would’ve wanted”. Yeah? No shit, Sherlock!! Next commentary after some other bit of rather superb play from ‘Queens … “she’s played rugby for Melbourne Rebels”. Oh, ok. This *is* enlightening! Without that I wouldn’t have known this was David vs Goliath without the cool twist! Moments later that same chick was allowed to grab the ball illegally (I only know that cos I was watching with KT, and she knows the rules – I find them random so would have had no idea) – like Ms ‘played for the Rebels’ needed help from officials to get away from ‘once kicked a ball on Thursday so thought I’d give it a crack’ Rooster! Not being at the game I missed the dulcet tones of Taylar, so was glad they featured heavily on the soundtrack of the recorded game, and glad they seemed to spur on Jugz to go super-hard and break some tackles.

As someone of … well … size myself (and quite obviously I refer to weight, not height), I know there are ways you can use your size to your advantage. All-too-often I’ve seen our players hang off the ‘player of size’ from Harlequeens whilst she powers forward with a passenger or two on her back! So it was great to see Sarah not once, but twice, tackle low and bring her down! Also great to know Kristy is so scary she doesn’t need to tackle, but just appear, for an opposition player to mess up a try by being over the line but then dropping the ball instead of grounding it. New team rule right here – if ever one of you does that, you have to buy 3 rounds of shots for the whole team!!

A minute of so from the end there were a few words said – given how upset the ‘queens were, I rather think Feis-T may have said a REALLY naughty one like ‘Golly Gosh!’, “Lordy, no!’ or ‘Holy Cow!’. Anyway, it unsettled Harlequeens, and Mel responded brilliantly by dodging around them for an excellent try. Ally nearly kicked the conversion, but not quite. By ‘nearly kicked’ I don’t mean ‘just missed kicking the ball through the posts’, I mean ‘just missed kicking the ball’. I’m scared writing that, because she’s about 4.2 million times tougher than me and if she comes to kick my arse won’t miss a target approximately 78 times bigger than the ball.

Final score: quite a lot to not a lot at all. In fact, none.

After a couple of great runs by Tee and Mel at the start of the second game, a Taruni player grabbed it and the commentator, a man of immense Roosters faith, said ‘she’s going to run 100 metres and score here!’ well, she got about 1/100th of that before Ness went ‘umm, no she’s not’ and flattened her. Ally and Tee joined in the tackle party, and Tee had an amazing run, too. Despite this Taruni scored, and then finally got the opportunity to do the long run which the commentators predicted earlier, as they had to retrieve the ball from up near the Cornelian Bay boathouse following their conversion. This also wore them out a bit, and after the restart Jugz pinballed through some opponents, then Ally had an awesome run, culminating in Chicken turning on the burners to score a try – and convert it too! 7 all at half time!! And, some half time entertainment, with the Duff crew picking up Chicken talking the team through a replay of her try.

Right at the start of the second half (well, right after Taruni took about 18 seconds to score a try), Kayla had a brilliant run, but it couldn’t be turned into a score by the team. Taruni ran forward and Kristy chased in a run reminiscent of the earlier game, but this time she didn’t say ‘Boo!’ loudly enough to scare the ball out of their hands as they crossed the try line. They converted again and had to retrieve the ball from the far lane of the Brooker Highway this time, again making for a quite short half. To fill space as the ball was retrieved the Duff commentators noted that the Easts supporters were quiet, and right on cue “ROOSTER!!!!” boomed over their commentary, courtesy of the ever-animated Taylar.

Some solid midfield work by Liv with her custom backhanded pass and superb backing up of most plays by Leitch followed. Despite a great run by Sarah and a tackle by Chicken, which was not only great but also did not break the opposition, the Roosters couldn’t add to their half time score and went down 29-7. 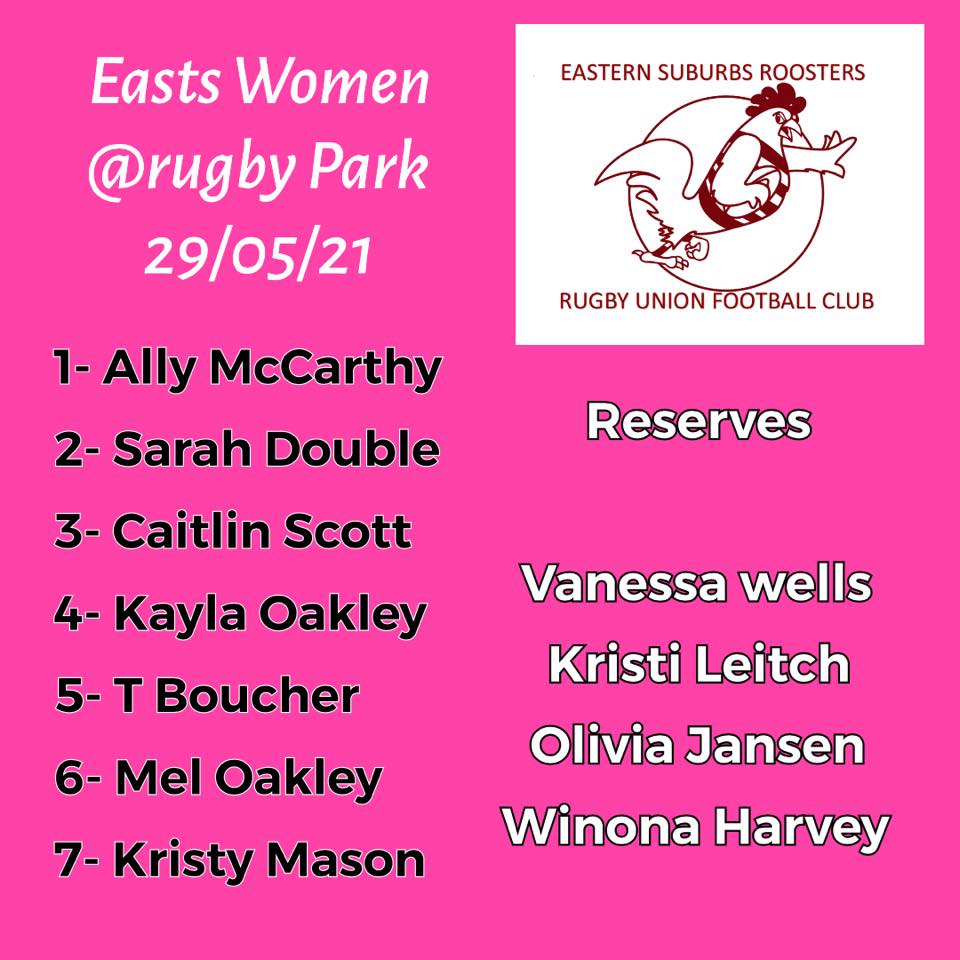 You can watch the games on YouTube by clicking on the image below. 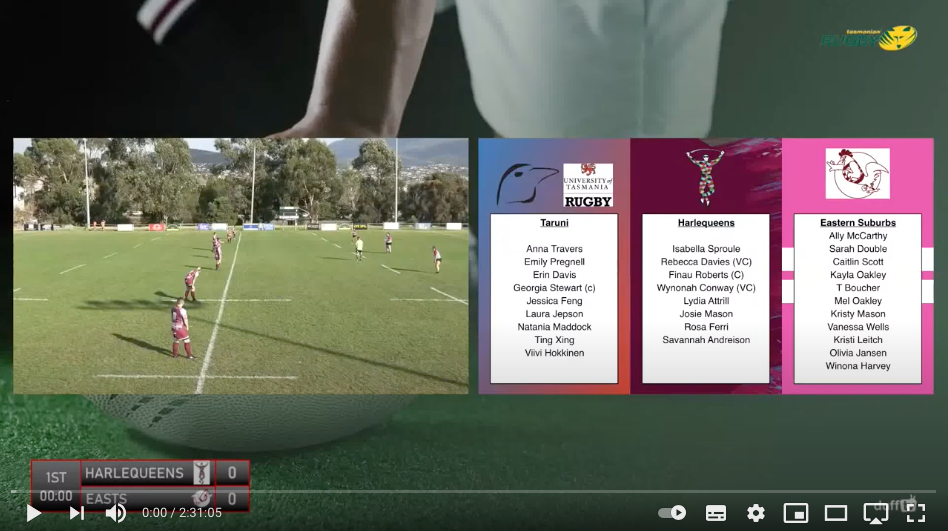