Round 3 saw Easts playing at Uni, meeting Taroona/Uni for the first time this season (twice) and replaying Harlequeens from round 1. It was also the first time we played 3 games of our own.

Coach KT is learning how to manage a full list of reserves for the first time ever, but it’s such a relief to be able to come off if injured and chase down the opposition knowing they can have a breather.

We surprised Taroona/Uni by coming out hard to meet them in the first game. Our forwards Caitlin, Ally, Sarah all made some big runs as did Mel which culminated in a pop to Leitch to go over the line for a try! Ally had a crack at converting but sadly it didn’t go through. Final score was 36-5

The Queens tried to play a passing game but Easts pressure saw them make many fumbles and Capt Robyn was quick to take advantage and make some great leads culminating in Kayla making a lightning fast dash over the line to place the ball between the posts for her first ever try! Caitlin had a kick for the conversion but again we were unlucky. Final score 22-5.

The last game was against Taroona/Uni again and they got quite frustrated but overall were able to keep us scoreless this time at 43-0.

Before the games I asked the team to focus on supporting each other and they really did! Ness was always there to support in the rucks, T made made some great tackles and never gave up the chase, Kristy and Olivia were there to receive the pass offs and, though she was nursing a bad back, Noni made some great kicks forward.

We go from strength to strength each week and I can’t wait for the gala day. 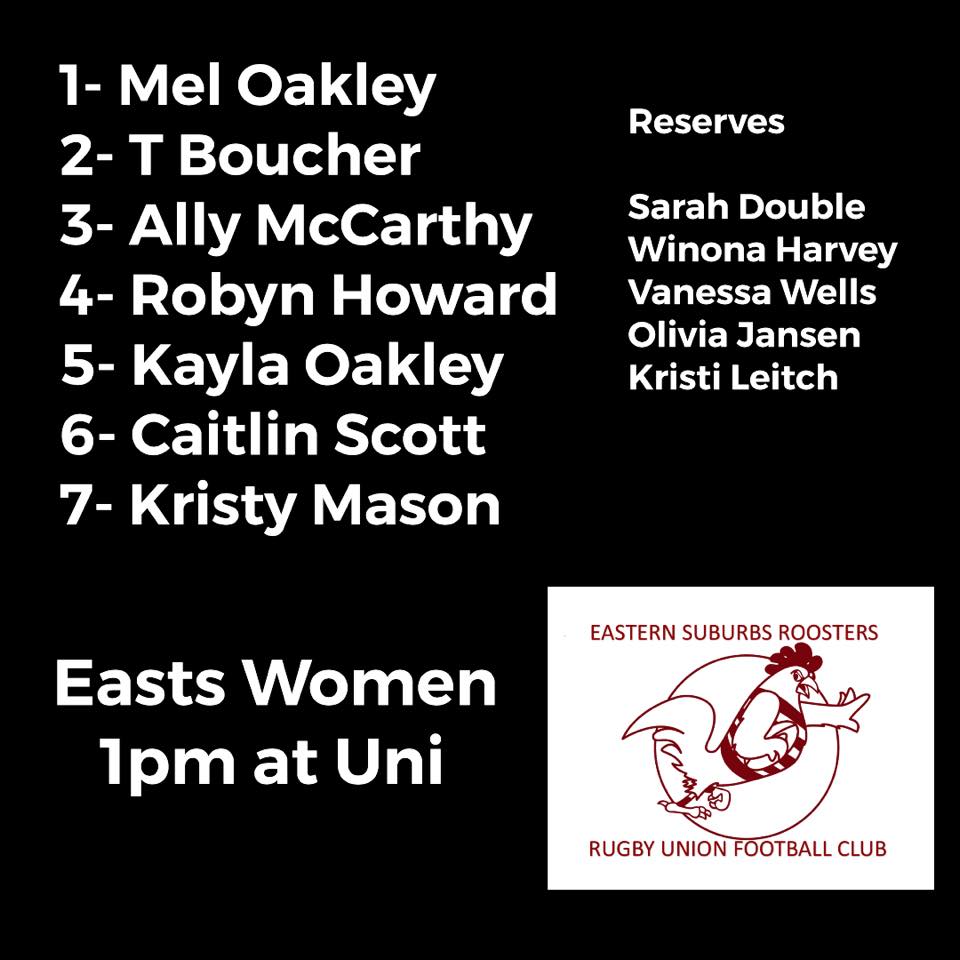 First half Easts were strong in the scrums driving Taroona back each time clearly on top however Taroona utilised their backs on their right wing scoring twice in that area.

Webb had a try saving tackle about 20 minutes in and strong running and tackles by Kiwi had him dominating the half for Easts.

Easts attack was centralised and possibly a bit predictable in this half. A try to Taroona under the posts just before half time did a little injustice to the score line as it was a much tighter contest than 24 – 3.

An error from Easts on receiving a kick off in the second half resulted in an early try to Taroona.

Nick McNeil showed tremendous evasion skills to score a 25m try and Webb corrected his radar to claw back some points to 31-10.

Unfortunately McNeil’s night ended early after a very heavy tackle midway through the last half. The difference was the cleaner fast flat passing when going into attack and greater usage of their speedy backs out wide possibly because of their length of time together as a team. Easts have a strong endeavour and plenty to work with just need time together. A great length of the ground try by Webb concluded the game in a hard fought loss to Taroona 31-15. 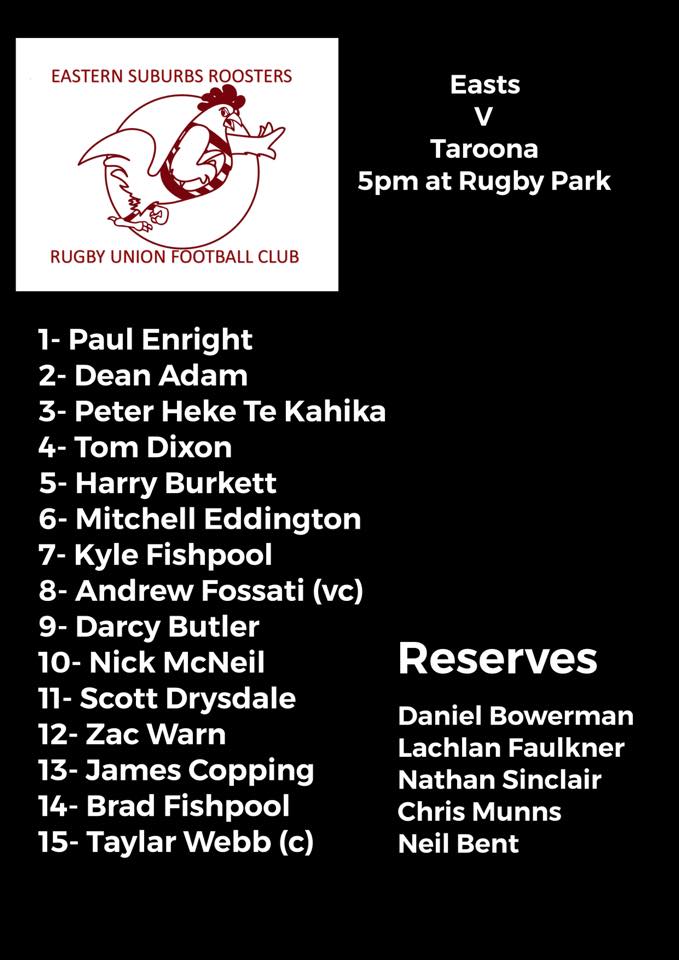 Thank you to our main sponsor Coogans Tasmania.

And our other sponsors: