After an “easy” win last weekend through Quins forfeiting through a Club sickness, the mighty Roosters returned to the paddock in real life to face a depleted Taroona team.

However, it was not just the Penguins that were depleted. Our boys had something like 800 games unavailable. No Captain Jake Hyland, no Robbie Casboult, no Richard Miller, no Bo Horton, no Dickie McNair and no Marc Whitfield. Happy birthday to our favourite son, the big Wig. I trust he treated his body like the temple that it is and didn’t lubricate his hamstring too much.

It was time for our most in-experienced players to step into the breach and show us their wares. Jacob Donnely 11  games, Kyle Fishpool, 11 games and a handful of junior and 7s games, Kyle Dupree, 2 games, Mo Rashid, 11 games, Fahad Rashid, 9 games. If ever there was a time for these boys, it was now.

Bridgewater Jerry was just lifting at kick-off. As expected, The Penguins took it up to us with the usual structure that they have. The game see-sawed from both ends, with few mistakes, but the Roosters definitely were in attack for the majority of time.

Unfortunately, the boys were unable to convert attack into points. Taroona scrambled down and gained a penalty 5 metres out, ran it and scored a converted try 14 minutes in.

Juddy kicked off deep. Taroona mucked around a bit, then Juddy did what Juddy does…intercept…try out wide to the right to bring us back to 5 – 7 after the kick missed.

The boys were giving it to the opposition. Chris Munns was going great guns. Dane Merkel at 9 was having his best game. He was making the right selections left and right, but your correspondent was waiting for him to be killed in some set-ups. When we got to Jonathon (Gobbles) Elliott who was the No 7 in waiting, he did some nice things. He didn’t make too many breaks, but always did what we expect Gobbles to do. Always took the ball to the line, and at the break-down jackling.

A fantastic sight with Fahad gathering the ball, reaching behind, taking it in and setting sail, only to be cut down. Great skills. And a great run. I looked at Leitchy and said something had to crack. It did. We piled on some sustained pressure. The ball went left, then came right. Brendan Elliott made a break, passed off to Jayson Turnbridge…try and Juddy did the right thing. 12 -7 to the Roosters.

26 minutes gone. Some terrible Rooster ball control. Sorry, your correspondent has to say it…I think I said worse than that. The not so old timer Christo Le Grange who by rights should never be playing ran about 40 metres to score in the corner.

30 minutes in, Coach Jason Parremore was ready. He wanted part of this. He stripped off and said he was going on at half time. I had to tell him that was 10 minutes off, so he put his jacket back on. He’s a fantastic addition to our club.

The second half started at 13:53. Situation normal. It was a hard fought game. Taroona were giving us nothing. But then it happened. 8 Minutes in the Roosters had a line-out win. This time Jason was stripped and ready. He took the ball off the line-out and set sail to score under the posts. It’s why he’s our leader. Juddy put on the extras.19 – 14.

Not far in, Christo’s father joined the fray. He had previously played a Golden Oldies game. Great work and congratulations to those two fantastic contributors to Tasmanian Rugby.

Twenty minutes of dead-lock. How many times I thought Mo was going to go in. Him and Fahad exchanging on the wing.

Thirty two minutes in. It was a dead-lock. We accepted that something had to break. But finally, Juddy did what what Juddy does. 32 minutes in, another Juddy intercept. He’s the man Made the conversion to take it to 26 -14.

Your correspondent was, as always nearly exhausted. Suddenly, out of no-where No. 9 Dane Merkel spotted a gap, weaved his way through a couple of tired defenders went 40metres and went over for another try. Juddy added the extras for the final score of 33 – 14. 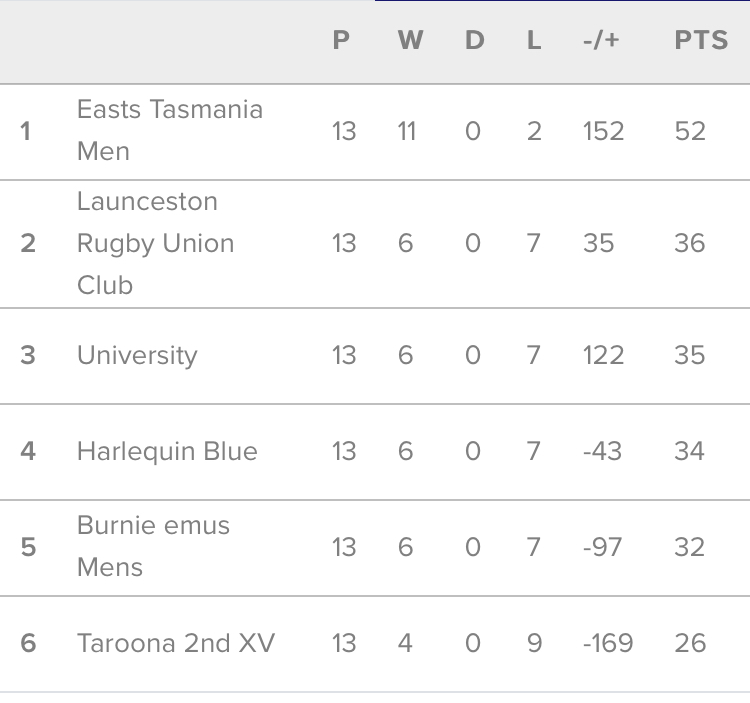