Saturday saw the return of rugby to Rooster Headquarters for the last time this season. The Roosters welcomed back almost a full squad, and in contrast to recent weeks, Coach Jason had to make some difficult decisions about inclusions and exclusions. For once, it was a great position for our Club to be in. The importance of the game was not lost on anybody. Win and consolidate top place on the ladder. Losing was not an option.

Our Captain, Jake Hyland was again out injured. He still put his hand up to run as a touchie. An example of why he’s the Captain. Doesn’t matter how bad you are, you can always contribute.

The Students have for a long time been somewhat of a speed hump for the Roosters. We can always get on top, but they always seem to keep coming back, and so it proved again.

The match kicked off right on time, with a new Referee we hadn’t seen before, and there were questions about how we might manage. In keeping with recent history between our Clubs, the game soon descended into a dour struggle. The younger students ran the ball as often as possible, and were very organised in defence.

However, at the 11 minute mark, winger Kyle Fishpool was on the end of a nice pass and dashed over line. The Rooster faithful’s joy quickly turned to grief as the Ref called a forward pass.

The game continued in a see-sawing fashion, with few highlights for your correspondent to report on. Getting towards the end of the half, coach Jason made some adjustments in the scrum with favourite son Wiggy and Faz coming on, and the loose forwards moving positions. Suddenly, the momentum changed, and our forward pack began to start exerting their authority. Time and again, the Uni scrum was pushed off the ball, and something had to give.

38 minutes in, following a series of big scrum wins, Gobbles called all the forwards into a breakdown where Josh Banks emerged with the ball and went over for a genuine try. Judd Sherratt added the extras for a 7 – 0 lead.

Into injury time, with 41 minutes gone, Faz took off on a big run with Wiggy in support. A nice unload and the big pensioner went over, with Judd again adding the extras for a 14 – 0 half time lead.

Half time saw the boys looking too happy, and it was worrying that they appeared to have switched off. The Referee’s whistle and with the mighty Roosters running towards the Club-house end and wanting to put on a show for the faithful got them back on track.

From a line-out win, Brendan Elliot surged forward, linking up with the following forwards. Wiggy again took the final pass and went over in front of his adoring fans. Again Judd added the extras.

The Red Men however were not to be denied. A penalty, a line-out win and they were in under the posts in the 13th minute. A successful kick brought them to 21 – 7. Six minutes later, after a series of big kicks either way, the students took off down the left wing and scored on the 5 metre train line. Another conversion brought the game close at 21 – 14. They were coming, as we knew they would.

Uni were very organised in defence, and the Roosters were finding it difficult to clear the ball wide of the rucks. Surely it wasn’t because they were continually standing in front of the ball?

A chance to increase the lead at the 22 minute mark with the Red Men holding the ball in a tackle went begging, and still the game was in the balance.

Soon, the Rooster hearts were broken with Wiggy forced to go off injured. The Rugby Gods wouldn’t let this happen would they? A bit of spite appeared with the tenseness of the game, but everybody soon settled down and got on with some serious football.

In the 30th minute, another chance….this time from only 5 metres out. The boys sensibly ran the ball for Brendan Elliott to score. This time Juddy missed. The 26 – 14 lead still didn’t seem enough with 10 minutes left.

The Red men continued to attack down the left wing (quite appropriate really). The Roosters resisted, but it wasn’t easy. Finally, Coach Jason, who had been chomping at the bit all day, put himself on to guide the Roosters home to a very hard-fought win. 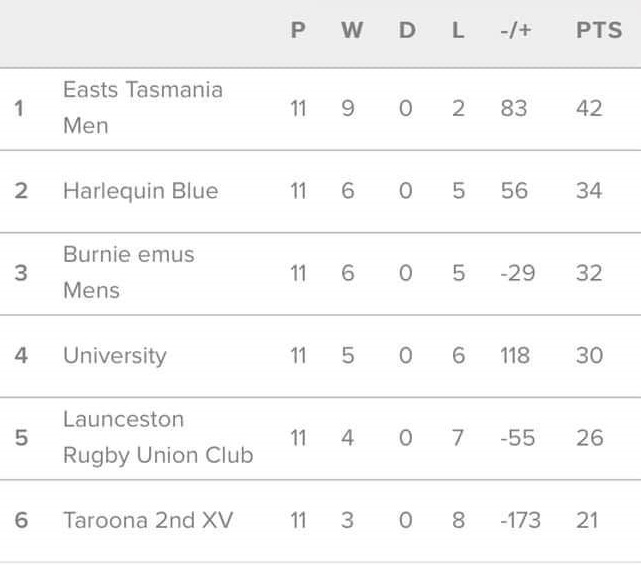