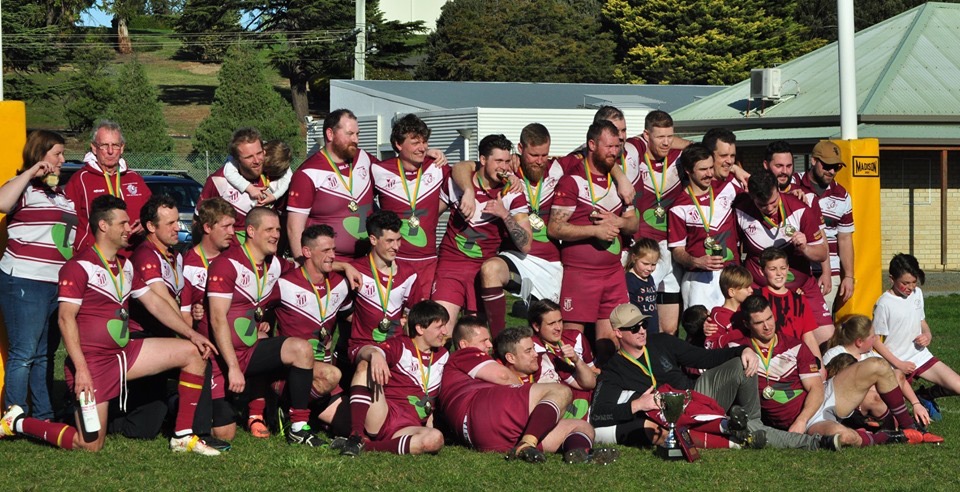 The Eastern Suburbs Roosters’ masses of faithful supporters gathered at Rugby Park on Saturday to watch their beloved team take on the Launceston Tigers in the Championship Grand Final.

The contest promised to be a thriller, with the Roosters and Tigers finishing top and second respectively at the end of the home and away season, and wins two apiece in 2019.

In perfect weather, the game got under way right on time. The Roosters settled down early, and were the beneficiaries of several penalties, with Launceston trying to assert their authority with poor technique. At each penalty, Easts ran the ball rather than kick for goal. The Tiger defence held firm, and the Roosters couldn’t crack their line. Eventually, Captain Jake Hyland decided to settle things down with a shot at goal. That didn’t work either.

The Roosters continued to throw themselves at the line, and after controlling the ball for a sustained period, half-back Bo Horton released the ball to the backs and centre Judd Sherratt went over. 5- 0 up after12 minutes didn’t seem too bad, but it was a small reward for the amount of posession the Roosters had.

The game developed into an entertaining see-saw affair as the Tigers started to even up the penalty account. As expected, they were using their huge advantage in the size of their forwards to try to smash their way through the smaller but more nimble Easts pack. The Rooster forwards however stood up. Led by flanker Brendan Elliott and No. 8, Jonathon Elliott with a good dose of Rooster spirit, the forwards stood firm.

For one scary moment, it looked as though the pensioner Marc Whitfield might be yellow carded. But he still knew what to do, as anybody with his experience would do. He went and hid and survived. You could hear the sigh of relief from the crowd.

With 34 minutes gone in the first half, it was time for a Brendan Elliott special. A line-out win and a charge to the line and he was over out wide. Another kick and a miss, and the score stood at 10 – 0 and still not comfortable.

Right on half time, it was to become less so, with Launceston receiving a penalty, then a couple of rucks later they were over and the conversion made the half time score 10- 7.

Both sides came out after half time with winning fore-most in their minds. With 6 minutes gone, sustained pressure by the Roosters sent Brendan Elliott in for another try. Another missed conversion from the Roosters. 15 – 7 was looking better.

Again, the Rooster joy was short-lived with Launnie turning the tables with their own sustained pressure. A couple of penalties, and a try under the posts with a conversion brought them to 15 – 14 and it was game on.

Eighteen minutes gone, and a line-out win from a penalty saw another veteran in Robbie Casboult over. Another kick, another miss and the score was a 20 – 14 lead to the Roosters.

With 35 minutes on the clock, there was a sense that maybe the Tigers were starting to lose the plot. A series of penalties saw Easts pressing the Launnie line, an attempted clearing kick by the Tigers which Jonathon Elliott charged down, and the everywhere man No. 8 finished it off. This time, Judd Sherratt added the extras, and 27 – 14 was looking more comfortable. The Tigers had to score twice.

The Tigers wouldn’t lie down, their big forwards continued to smash the ball forward and one big effort again saw them score and convert under the posts. It was another lesson for the Roosters. One minute before injury time and we had let them in. 27 – 21.

Again, it was time for the experienced Rooster players to steer them home. A couple of penalties on the 43 minute mark which the Roosters kept in hand and Brendan Elliott fittingly capped off his selection as man-of-the-match with his third try. That was enough, the Ref blew time and the mighty Roosters were home 34 – 21.

Below is the Youtube link if you missed the game or want to watch it again.